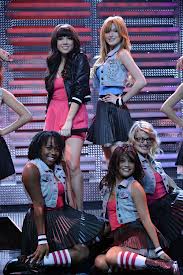 Carly Rae Jepsen (born November 21, 1985) is a Canadian recording artist and singer-songwriter from Mission, British Columbia. In 2007, she placed third in Canadian Idol season five's competition, and was a part of the Canadian Idol Top 3 concert tour. Shortly after competing on Canadian Idol, she independently released her debut album Tug of War through MapleMusic Recordings on September 30, 2008. Three years later, she released a new single, titled "Call Me Maybe", on Canadian label 604 Records, which was followed by the release an extended play titled Curiosity on February 14, 2012. In February 2012, pop singer Justin Bieber referred her to his manager, Scooter Braun, who subsequently signed Jepsen his label Schoolboy Records label and obtained an American deal with global distribution on affiliate Interscope Records, after "Call Me Maybe" gained popularity on YouTube by reaching 300 million views. The single reached the number one spot on both the US Billboard and Canadian Hot 100, while also topping the charts in 19 other countries. Jepsen's musical influences include James Taylor, Bruce Springsteen and Van Halen.

She has guest starred on an My Fair Librarian It Up a Shake It Up episode singing her song "Sweetie" from the Deluxe Edition version of Kiss, her 2nd album.

Retrieved from "https://shakeitup.fandom.com/wiki/Carly_Rae_Jepsen?oldid=266014"
Community content is available under CC-BY-SA unless otherwise noted.